Shamrocks made their annual trip to Páirc Ui Rinn for the John Kerins Memorial Football Tourmnament (u11). This year, we were drawn against Mayfield in the semi final of the Plate section. And after a fantastic half an hour of football, Mayfield came out on top by scoring a last minute goal.

The teams were evenly matched and this game could have gone either way in reality. Mayfield started the better and were soon 2 points up but Shamrocks, through the hard running of Cillian Hayes and Dylan O’Flaherty started to come back into it. Cillian scored a point to get Shamrocks off the mark. Mayfield scored a goal at one end but Shamrocks replied with a Cillain Hayes goal at the other end. HT score read Mayfield 1-3, Shamrocks 1-1.

The second half proved great entertainment for the big crowd up in the stand with matters swaying to and fro up and down the pitch. Twice Shamrocks drew level, once with a brace of points from Hayes and O’Flaherty and a second time from a Shane Downey goal, after he had thundered right into the game at half back.

However, Mayfield got that late winner to advance. The lads played brilliant football at times in defeat, and indeed event organiser Tony Davis (a former work colleague of John Kerins) commented that it was the best game of the tournament up to that point, a tournament that also featured some of the bigger City and Carrigdhoun clubs.

Mayfield eventually went on to win the Plate Final; Shamrocks ran them so close and can be proud of their efforts! There are some more photos in the photo section of the site. 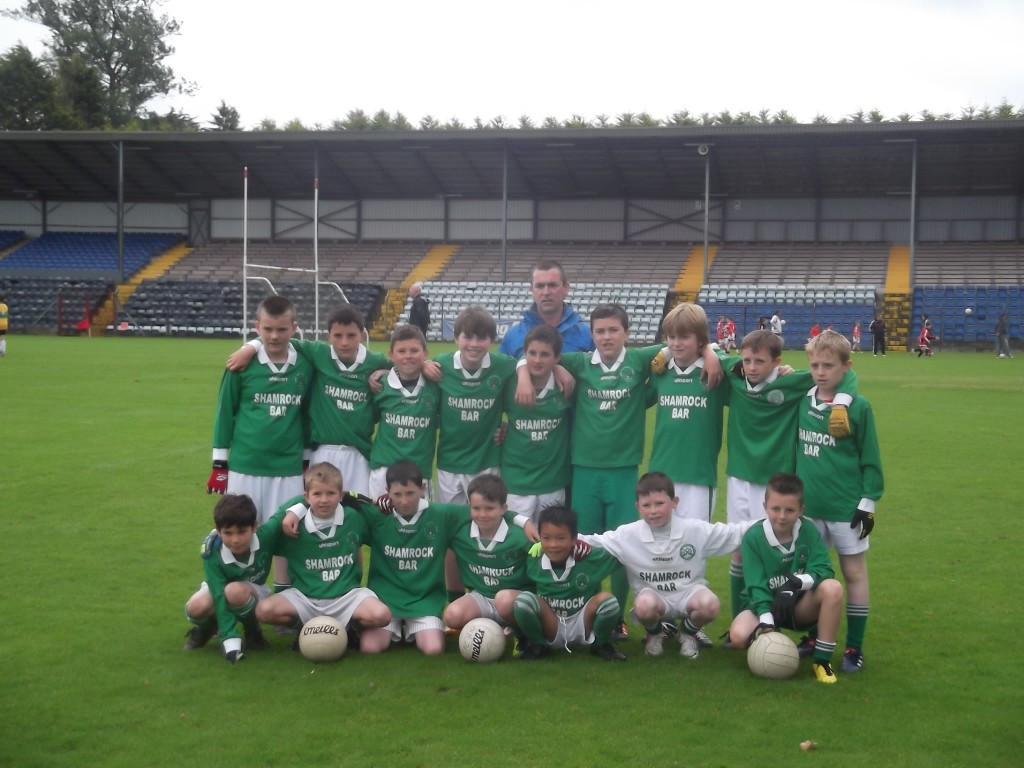 Posted @withregram • @officialcorkgaa What was your greatest Cork GAA Moment?Let us know with a comment below. ⤵️Best memories will win a Sports Direct gift voucher worth €100. 💳Make sure to like and follow✅ @officialcorkgaa ✅ @sportsdirectireland and tag 3️⃣ of your friends #borntoplay ... See MoreSee Less

☘️CLUB LOTTO RESULT☘️This weeks numbers drawn were4, 17, 24No winner of our €200 jackpot.Lucky dips were Martin Kelleher and Ciara Carroll €20 eachNext week’s Jackpot €400Get your tickets for next weeks draw here:play.clubforce.com/play_newa.asp?LL_ID=2637#AnchorThank you for your ongoing support! ... See MoreSee Less